Samantha is a London homeless, 35 year old single mum with three children aged 11, 9 and an infant of 5 months. She was renting privately when her landlord without giving much notice issued an eviction notice that made her homeless. The council of Newham in London accepted her homeless status in June 2013, but did not perform its legal duty until February 2014. Prior of this date and to this day, she has relied on friends and family for a place to sleep in. According to the most a citywide survey published in the Guardian, Samantha joins the more than 700 wornen reported sleeping on the street in 2013 in London.

Filename
039_theotherhalf.jpg
Copyright
Cinzia D'Ambrosi
Image Size
7000x4672 / 31.4MB
Contained in galleries
Samantha, hidden homeless, The Other Half, Hidden Homelessness: The Other Half 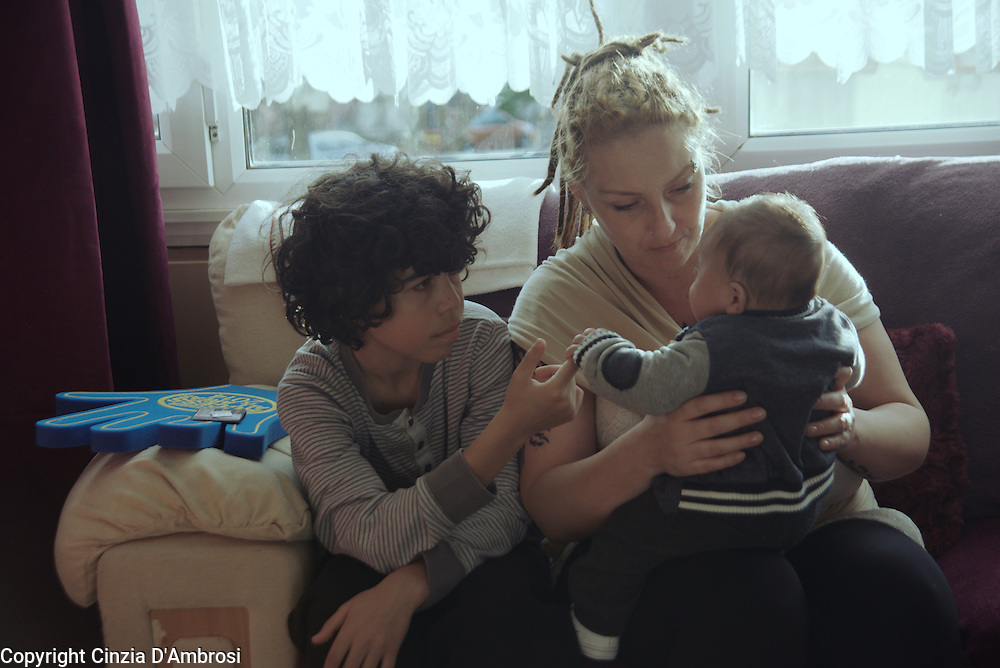