Lavrion refugee camp in Greece sets itself aside from other refugee camps as partly self managed by refugees themselves. It was difficult to enter via official means and I managed because some refugees led me in. I was introduced to families that have been living in the camp for a while. In this photo is a family who had escaped Syria. They have been living in the camps for months following a first refuge in Turkey, where they suffered abuse, including work exploitation. After months of hell, they managed to escape and enter Greece. Most refugees reach Europe having suffered severe traumas. Yet, many are hardly receiving adequate care and linger for weeks and months in refugee camps. Lavrion, Greece. 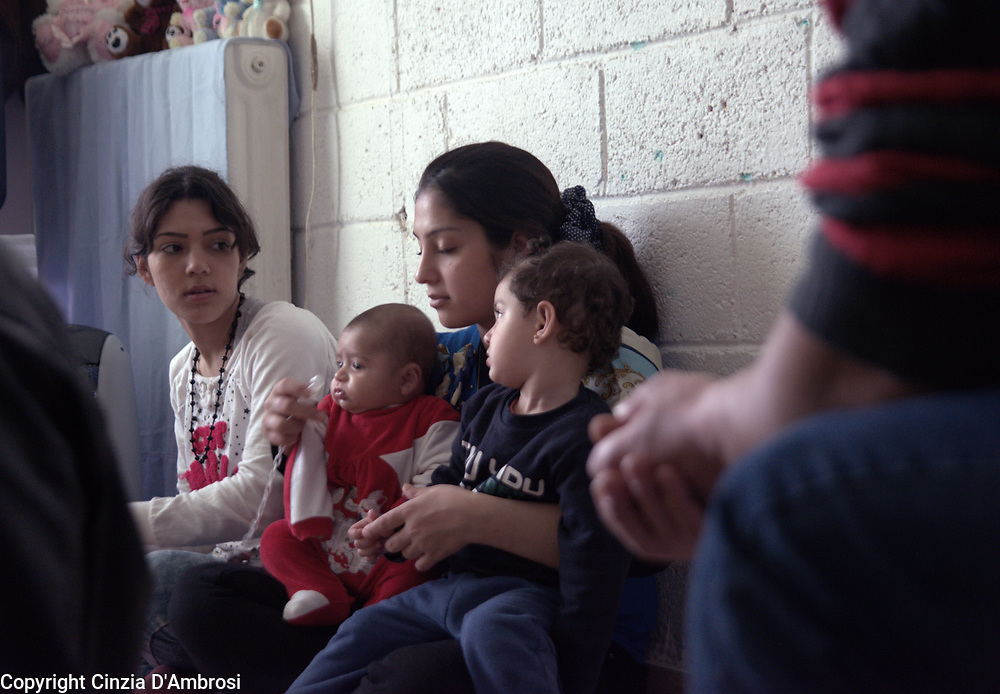